I know, I’m a little late to the party in delivering the news, but Israel Adesanya just received his purple belt form Andre Galvao. Congratulations! Honestly I really haven’t watched him fight, I’ve just seen his super fun walk out routines. (you can find one of his routines here if for some reason you haven’t seen them) – I’m sure I’ll get around to watching one of his matches…. at some point….

Anyway, I’m sure however that it’s well earned- congrats to him!

After Matt Brown lost in UFC 198, apparently his old BJJ coach popped out of the woodwork and attacked him. According to the story on 411 Mania, the coach was Rodrigo Botti, who attended the event to corner Cyborg for her fight.

The UFC issued a statement saying they are investigating the matter. Geez…

Anyway, check out the article and have a great day everyone!

Ryan Hall on Next Season of Ultimate Fighter

Oh hey, look at that: White Belt BJJ posted an article about the contestant line up for the newest season of Ultimate Fighter, and Ryan Hall is on the list.

Full disclosure- I haven’t really watched that many of Hall’s matches, or much of the Ultimate Fighter, for that matter. But, I’ve competed against his wife Jen a couple of times and we chat when we see eachother at tournaments, so I’m totally (unabashedly) biased and rooting for him to win.

Check out the article, and have a great day everyone! 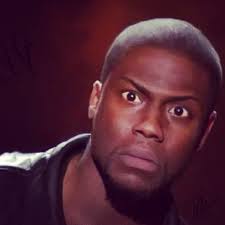 And here I thought steroids and weed were our biggest concerns when it came to MMA fighters (for the most part, anyway).

I really don’t know much about the circumstances, but I would be interested to hear Jones’ side of the story, and at what point he may the conscious decision to use cocaine. Basically, I want an explanation as to what the hell he was thinking. He has made a statement that he apologizes to everyone- friends, family, fiancée and their children, and has agreed to go to a drug treatment facility, but I’m still a little shocked by this news.

Check out the article on ESPN and let me know what you think. Otherwise, have a great day everyone! And don’t do drugs. Please.

Anyone else watch UFC 182 on Saturday night. The main fight on the card was Jon “Bones” Jones and Daniel Cormier. Cormier lost by judge’s decision, but that wasn’t the most memorable part of the night. Unfortunately, the most memorable part of the match up didn’t even take place inside of the ring: rather all the smack talking that happened beforehand, and this classy move pulled by Jones after the match:

While I understand that neither side is without fault, and I don’t expect much in terms of courtesy from UFC fighters (not to mention in the realm of obscene gestures, this is actually pretty mild), I do feel this is a bit much. Dislike someone all you want, but at least give them some respect, if nothing else for the fact that they are willing to get into the ring with you to duke it out for a couple of rounds.

What did you all think, if you happened to watch the fight? Totally justified, or uncalled for?

Let me know- otherwise, have a great day everyone!

UFC and Reebok- Uniforms for Fighters?

Apparently UFC has joined up with Reebok (surprise, they still exist!) for a mutually beneficial relationship: Reebok will pump money into the organization- presumably to the benefit of the fighters- and in return fighters will wear more standardized uniforms in competition.

But… Other than Metamoris, where else will I be able to see Josh Barnett in a speedo? 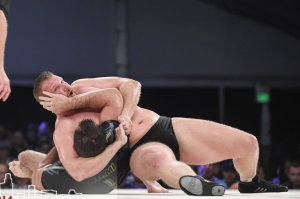 On the one hand, if it benefits the fighters and helps avoid potential wardrobe malfunctions that have happened in the ring before (remember the guy who basically just wore underwear?), then I’m all for it. Some fighters have voiced their approval of the decision, saying it takes the burden of chasing down sponsorship money off of them, and helps to legitimie the sport. Other fighters however have an issue with this partnership, citing that it means the death of sponsorship money from smaller companies, or just are balking at the idea of uniforms, including (surprise, surprise) one of the Diaz brothers (at this point I feel like they are just caricatures of people, not actual human beings anymore).

We’ll see how the deal plays out, I guess. What do you guys think? An awesome development for the sport, or a detriment? Let me know- otherwise, have a great day!

I don’t know if you guys watched this past weekend’s UFC, but personally I feel bad for UFC fighter Tim Kennedy.

Just a quick, poorly worded recap: Kennedy pretty much knocked out his opponent, Yoel Romero right as round ended. Romero sat down on a stool and actually refused to get up for an additional 30 seconds. If you were Kennedy, wouldn’t that give you the impression that you had it in the bag, the fight was pretty much yours?

Wrong, my friend. Romero finally got of the stool (after the ref basically threw his corner man out) and ended up beating Kennedy.

Apparently Kennedy and Romero also had an (verbal) altercation after the match, but really what can you do? The damage had already been done.

Still, I feel bad for Kennedy: that was a complete surprise that just sucked for him in the end.

Anyone else watch the fights this weekend? What did you think of the match? There were some other pretty interesting matches; let me know what you thought about them-otherwise, have a great day everyone!

Interesting Article About Females and Aggressiveness in the MMA Community

Hey guys, I’m running around today, but I believe Georgette shared this article on Facebook- about how MMA culture can be potentially dangerous for women. Check it out and let me know what you think: otherwise, have a great day everyone!

Grappling Tournaments are Kind of Like a Box of Chocolates…

Good morning everyone, I have a funny story to tell you…

So, I competed in a NAGA this past weekend. And, on a lark I decided that I was going to compete in the no-gi and gi divisions. I haven’t competed in no-gi in over 2 years, but I thought what the heck, why not give it a shot.

So we went up to…somewhere in northern New Jersey to compete in this thing. While waiting to warm up someone mentioned Sara McMann, Olympic wrestler and UFC title contender against Rhonda Rousey, looked like she was in the venue, and appeared to look like she was going to compete.

Oh, that’s unusual, but kind of cool, I thought to myself, and continued to warm up/freeze in the ice skating rink arena where the tournament was being held.

So, I’m just sort of hanging around, and one of the refs calls my name. I should mention at this point that all the girls and women were told basically to stand behind the ring they were more or less assigned to (they originally had one mat and had to expand to four mats! It was crazy!) so there was just a wall of people  in front of the mat.

I get through the throng of people, get to my mat….and there’s Sara McMann. On the mat. Waiting for me so we can get this party started.

I hung in there for the entirety of the match: she tried a d’arce choke on me for a while, wasn’t working- I got her into closed guard, broke down her posture a couple of times, kept focusing on messing with her arms, attempted to jump a triangle here and there. Eventually time ran out and she won on points.

I will say though she’s a very nice person on and off the mat, which is cool. An excellent competitor, no doubt about it, but also a cool human being, which is was pretty great.

So, in short, local grappling tournaments are kind of like a box of chocolates: you never know what you’re gonna get.

How was your weekend, internet? Let me know- otherwise, have a great day!

Stephan Kesting put up a nice little video on his blog about defending what we call in our academy the juji gatame turnover, or what they are calling the “Ronda Rousey rolling armbar”. Kesting also implies there’s some drama going on between Rousey and some former teachers/training partners, but whatevs- this looks like a pretty cool video and may give you an option if you find yourself in that position.

Check it out, enjoy, and have a great weekend!