Martial Artist vs Grappler: What Do You Prefer?

I’ve encountered this issue recently, regarding what someone not in the sport might call a person who does jiu jitsu. Both terms are used when talking about jiu jitsu students, but what do you prefer? It does make sense to call oneself a “martial artist”- jiu jitsu is considered a martial art, and so in that line of thinking it makes sense.

I always prefer the term “grappler” though, when talking about jiu jitsu. Probably because this is what I think of when I hear the term “martial artist”:

…If only I could be so cool.

But the term grappler I feel also emphasizes more the sport element of jiu jitsu, which technically isn’t wrong, but doesn’t paint the whole picture. Jiu jitsu did start as a self defense system, and that history should be acknowledged and respected.

Let me know what you think- otherwise, have a great day everyone!

Originally I was looking for a list of fictional characters who practiced martial arts for a fantasy based smack-down/Thunderdome scenario, but instead I found something fairly comparable- fictional martial arts. While most of these are indeed adapted from real martial arts, here are some of the more memorable and easily recognizable ones. Or just plain ridiculous, whichever:

Poor Guy...I don't even remember him being in Wolverine's Origins....

If only it were real, my friend... 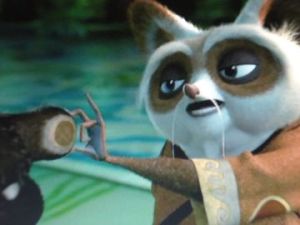 This would be depressing, if I started to train in martial arts just to learn this hold...

There are others out there, I’m sure, but these are the ones I found to be the most memorable, or again, ridiculous. But, that is the point of fiction sometimes, to make the implausible sound plausible in this world?

Or to just sound and look pretty cool.