So if I were smoking peyote and going on a spirit quest (yeah, I’m not sure why I would do that either: just go with it), I would want this fella to be my guide. 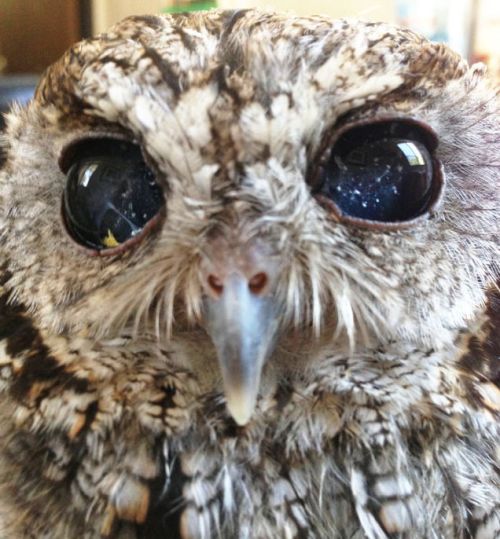 This apparently is Zeus, a blind Western screech owl who according to IFLScience  has a condition typically called vitreous veils or strands:

“Eyes are filled with a clear gel called vitreous humor, but sometimes cells or strands of the gel can clump together so that they are less transparent than the rest of the gel. Zeus also doesn’t appear to have an iris or lens, so his lack of eyesight means that he can’t be released into the wild.”

Anyway, he appears to be an adorable little guy. And that’s not even taking into account my bias for owls (they’re my favorite kind of bird).

That’s all I’ve got for today- have a great weekend everyone!