Something a Little Different Last Night

Doing something that doesn’t involve a gi, or handwraps, or even rolling on the floor?

A couple of friends of mine that I have known for a pretty long time started up a film production company called Double Windsor Films, and they have been pretty busy lately with some interesting projects. Last night they did a test screening of a film they put together called Mancation. 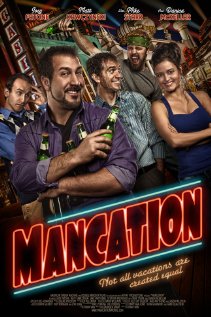 In case you were wondering, yes, that is Joey Fatone from 'NSYNC and "Winnie Cooper" from the Wonder Years

People have told me it’s very “Hangover”-esque, which I can’t confirm or deny because I never saw that particular movie, but it’s pretty funny, some gross out humor, but all in all pretty fun to watch.

I’m also interested in seeing another project of theirs, I Am Santa Claus, about the guys who play Santa and what they do the other 11 months of the year.

Go and take a look!